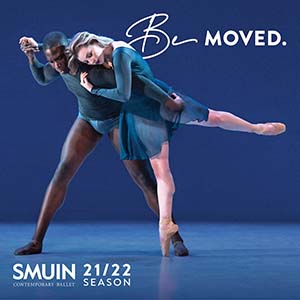 We are thrilled to announce the 2021/22 season and our return to live performances!

Our 2021/22 season delivers astounding, accessible and breathtaking productions. This season will move you from Amy Seiwert’s irresistible Patsy Cline tribute, Dear Miss Cline, and our most fiercely festive The Christmas Ballet ever to Smuin’s premiere of You Are Here created by internationally acclaimed choreographer Gina Patterson. Be entertained by Val Caniparoli’s provocative modern narrative, Confessions, and new and expanded works in Showcase by Smuin, created by current Smuin Artists Tessa Barbour and Brennan Wall. The art of Smuin has never stopped.

Smuin’s virtual programming will continue with some performances exclusively available online, and our in-theater shows available for virtual viewing.

We hope you’ll join us this season, whether that’s in-theater, online, or both!

In-person theater subscriptions are still available. Subscriptions give you the best seating at the lowest prices, with free exchanges, and are renewable from season to season. For subscription information, please call the Smuin Box Office at 415.912.1899 or email boxoffice@smuinballet.org.

Smuin continues to follow all state and local guidelines to keep our Company Artists, staff and audiences safe and healthy. When we return to theaters to perform, we will follow the protocols each venue directs at the time of our live shows. If for any reason you do not feel comfortable attending, all tickets are fully refundable. 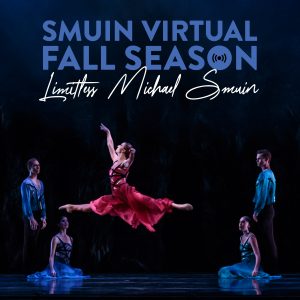 Our Virtual Fall Season, Limitless Michael Smuin includes four audience favorites from our archives that will be presented on demand. Tickets include unlimited virtual viewing during this exclusive online series. Also included is Artists’ Insights, a panel conversation with artists and collaborators led by Smuin artistic staff on 9/13, 9/20, 9/27 & 10/4, the final Monday night of each of our virtual performance runs.

Michael Smuin was known for his pas de deux work and his story telling. He infused both with passion and life. Limitless Michael Smuin revisits archival footage of these works, some not seen in 20 years. They show some of the history of Smuin and the character and spirit of our founder. Through narrative, Michael could touch our emotions and put us in touch with our humanity.

The press called Stabat Mater “one of Smuin’s most affecting ballets.” Michael Smuin’s personal artistic response to the events of 9/11 is an affirmation of the human spirit, set to composer Antonín Dvořak’s composition based on the 13th century hymn “Stabat Mater Dolorosa.” On the 20th anniversary of this national tragedy, we reflect on life, loss, resilience, and hope.

Cyrano is a balletic adaptation of Edmond Rostand’s 1897 play about an unattractive poet and soldier who is too afraid to confess his love for the beautiful Roxane and woos her on behalf of his handsome friend. Set to various Mozart selections, the ballet is filled with romance, humor and incredible swordplay. When the ballet premiered in New York, Anna Kisselgoff of the New York Times said,

Pinocchio tells the beloved story of the wooden puppet who becomes a real boy and learns the meaning of love. Smuin’s story ballet inspired by the original novel by Carlo Collodi, first published in 1883, unfolds to a score of 18th and early 19th century works by Vivaldi, Corelli, Geminiani, Rossini, Donizetti, and Scarlatti.

Zorro! is a swashbuckling adventure focused on the travels of the California folk hero created by author Johnston McCalley and an original score by Charles Fox. We think you’ll agree that Zorro! demonstrates Michael Smuin’s flair for making Broadway-style entertainment at home on the ballet stage.

Be entertained by the choreography of Michael Smuin and new dance delights from guest dancemakers.

Smuin’s most fiercely festive The Christmas Ballet ever is a confection for everyone. This year includes two world premieres and our signature showcase of classical and contemporary dances set to songs of the season.

The Christmas Ballet will also be offered as a virtual on-demand streaming option from Thanksgiving through Christmas. Smuin’s full 21/22 season is also available as a virtual subscription. 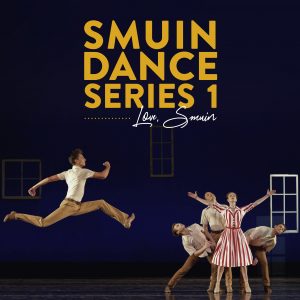 Love, Smuin is our 21/22 Dance Series 1. The series includes Smuin’s premiere of You Are Here created by internationally acclaimed choreographer Gina Patterson. Premiering with Cincinnati Ballet in 2013, The Cincinnati Enquirer called the ballet, “Forceful and swirling . . . an endless series of surprises.” Patterson’s unforgettable work is a tale of loss and perseverance set to the music of Italian pianist Ludovico Einaudi.

Two favorites by former Smuin Choreographer-in-Residence Amy Seiwert are on the program. Be entertained by the incomparable Dear Miss Cline, a cheekily charming tribute to Patsy Cline, celebrated country singer who is remembered for her irresistible crossover hits. And Seiwert’s breathtaking Been Through Diamonds, her first work upon retirement from dancing in 2008, puts her geometrically inventive movement on display through a neoclassical look at relationships between four couples, set to Mozart’s String Quintet in C Minor.

Mentored as a choreographer by Michael Smuin while dancing with the Company and appointed Choreographer-in-Residence by Celia Fushille, Seiwert’s work has been described by The San Francisco Chronicle as “keeping founder Michael Smuin’s legacy of unabashed showmanship alive.”

You will be moved by the life, humanity, and irresistible creativity that Amy Seiwert and Gina Patterson bring to our stages with every show. 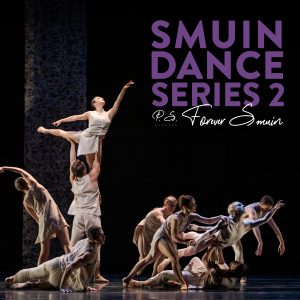 Renaissance by Amy Seiwert, a powerful dance inspired by the 385-mile “Women’s Wall” protest in India aimed at building awareness of gender equality on New Year’s Day 2019, is revived on the program. Seiwert’s ballet is set to an evocative a cappella soundtrack by Kitka Women’s Vocal Ensemble, an award-winning Oakland-based group specializing in the techniques of traditional and contemporary Balkan, Slavic, and Caucasian vocal styling.