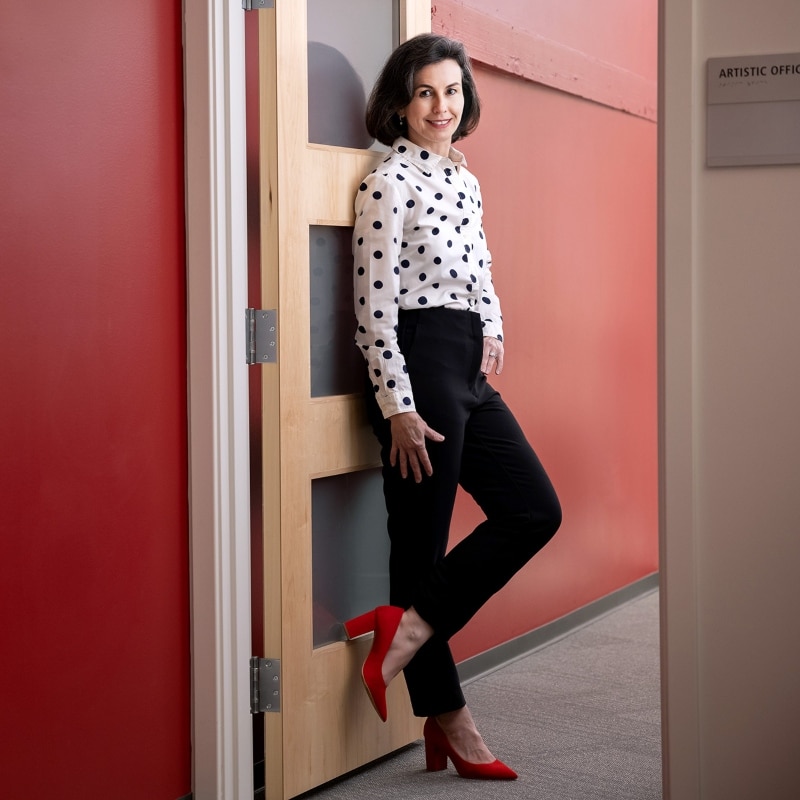 Celia Fushille has served as Artistic Director of Smuin Contemporary Ballet since 2007. From 2008-2014 she also served as Executive Director of the company. A founding member of Smuin Ballet and its principal dancer for more than 12 years, Fushille worked closely with company founder Michael Smuin. In a performing career spanning 25 years, Fushille appeared on stages in the U.S. and Europe, on television and in film. As Artistic Director, Fushille has created her own vision for the company while maintaining Michael Smuin’s legacy. She has expanded the repertoire of the company by commissioning 18 world premieres and including the work of renowned choreographers. Increasing the company’s stability and place in the arts community of San Francisco, she realized a 10-year goal with the company’s move into its permanent home in 2019. For the last decade Fushille has been part of the national discussion addressing diversity, equity and inclusion among leaders of U.S. dance companies. Fushille sits on the board of Dance/USA and is chair of the Artistic Directors’ Council for Member Companies with budgets of $3 million and greater. She holds a Bachelor of Arts degree (summa cum laude) from Saint Mary’s College of California.